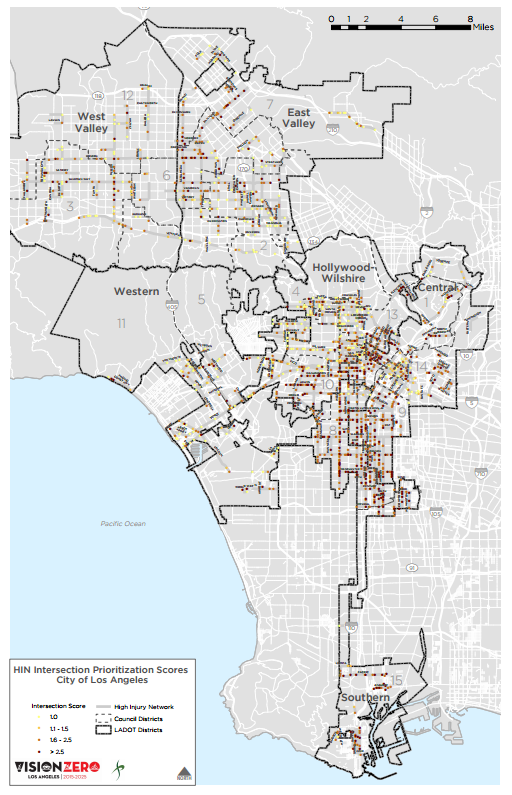 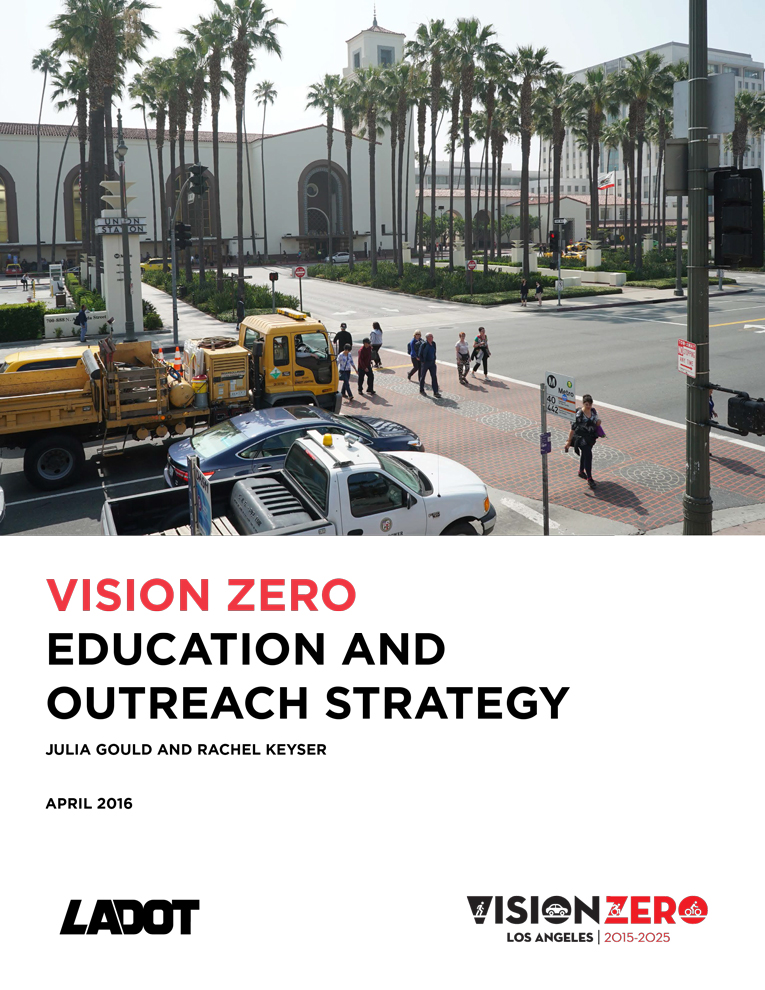 The Coro Fellowship in Public Affairs is a rigorous and demanding program designed to give fellows real-world experience working within local government to design and research innovative policies. This year, Vision Zero was very fortunate to be partnered with two Coro Fellows who were tasked with drafting our Education Strategy. Over the course of five weeks, Rachel Keyser and Julia Gould worked tirelessly to develop this report which includes interviews with 46 Los Angeles stakeholders, a literature review, and numerous key insights into how we can best message Vision Zero in Los Angeles in order to create culture shift. This report will serve as an indispensable resource for our education sub-committee, our communications consultant, and ultimately our Vision Zero Action Plan.

Three “guiding principals” were used in developing the report’s purposes:

In addressing these principals, the report developed an extensive methodology aimed at finding the most efficient and effective ways of educating people about Vision Zero. By combining qualitative data from interviews, quantitative data from an in-depth analysis of crash statistics, and supplemental information from Vision Zero campaigns in other cities, the report provided the following recommendations: 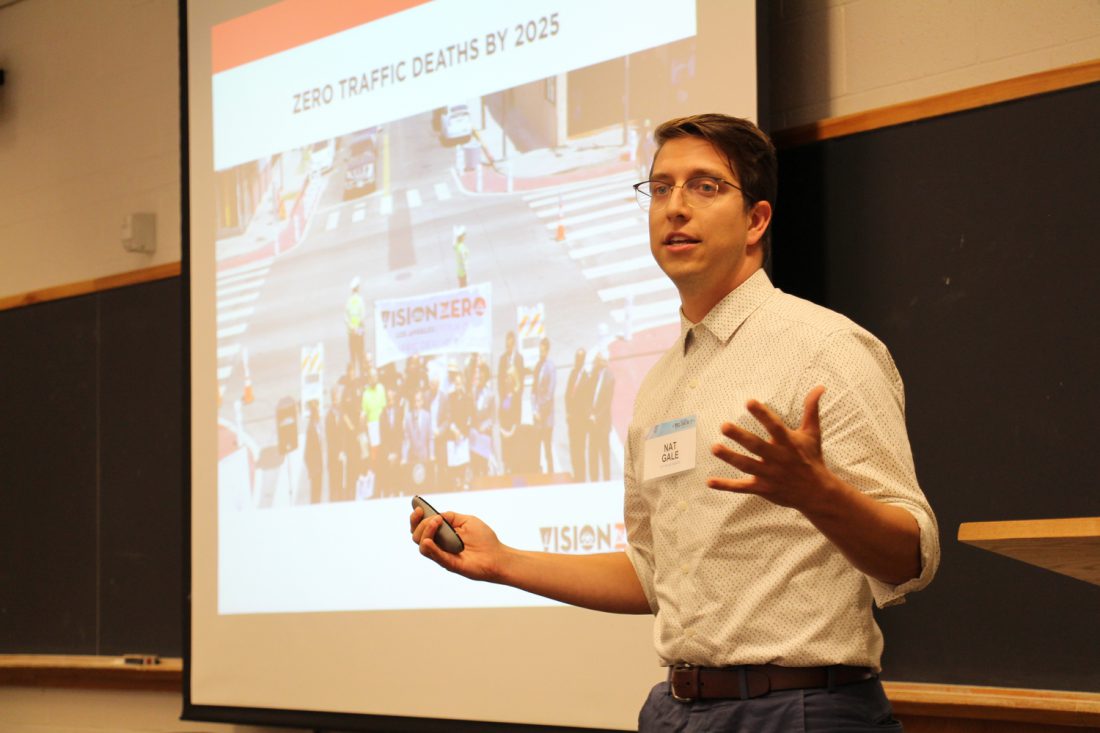 From June 12 – 15 2015, Vision Zero Los Angeles took part in the first ever “Big (Transportation) Data Big Cities” Conference in Toronto, ON, hosted by the City of Toronto and the University of Toronto. The Toronto Transportation Services Department has recently developed a data analytics group, under General Manager Stephen Buckley and led by Jesse Coleman, who put the conference together.

The days’ events focused on the growing use of “big data” in transportation departments, academia, and industry. The first day of moderated sessions primarily focused on industry’s approach to transportation data, and included presentations from companies like IBM, TomTom, Thales and Here. There was a robust back-and-forth discussion on the challenges for industry to meet the needs of the public sector.

The second day of moderated sessions included mainly public sector and academic presentations, with no one from industry in the room. This allowed for candid conversations about how transportation departments are incorporating big data analyses into their workplans, and the challenges of recruiting technical staff to the public sector.

The Los Angeles Department of Transportation (LADOT) was represented by Jay Kim, Assistant General Manager for Mobility Management, George Chen, lead engineer of the ATSAC research team, and Nat Gale, Principal Project Coordinator in the Active Transportation Division. George presented on the history and current use of the ATSAC data, and Nat presented on Vision Zero’s assembly and analysis of collision data, as well as a few recent use cases. Overall, the conference provided an important starting point in what will be an on-going discussion on the role of cities in the big data movement. The final day involved a discussion around next steps, including the desire to develop more opportunities for knowledge-sharing and developing data standards. Stay tuned for what comes out of this group! 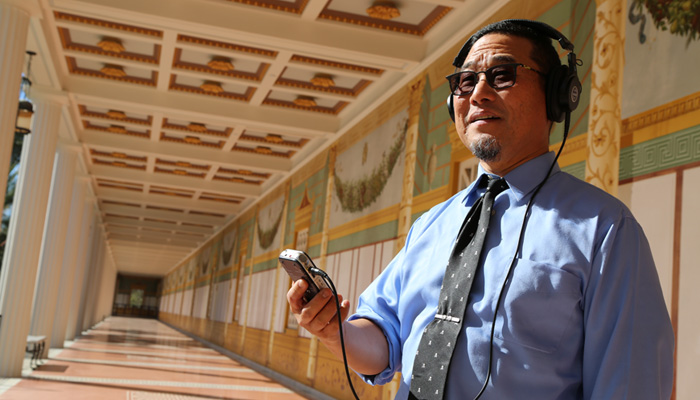 The City of Los Angeles recently hired its first artist-in- residence, Alan Nakagawa, as part of Mayor Garcetti’s plan to embed new creative energy into City departments. Mr. Nakagawa will work with the Department of Transportation focusing exclusively on Vision Zero, the City’s ambitious goal to eliminate traffic fatalities by 2025. A critical piece to the strategy of getting to zero includes changing the culture surrounding traffic collisions, which are still often dismissed as unavoidable “accidents.”

Seleta Reynolds, General Manager of the City of Los Angeles Department of Transportation, realizes this potential of art to achieve this change. “Vision Zero is a bold goal: zero traffic fatalities by 2025, which will require conventional tools like engineering and enforcement, as well as unconventional tools like art and storytelling. We plan to infuse art into the design and function of the public realm to create safe, beautiful, great streets.”

Mr. Nakagawa’s training is in studio arts, sound, and public art. His most recent position was as a Senior Public Arts Officer for LA Metro, and his past experience includes working with hundreds of communities across Los Angeles and multi-disciplinary public transportation design teams. He is the first artist in the Creative Catalyst Artist in Residence Program, developed by the Department of Cultural Affairs to connect Angelenos with Mayor Garcetti’s vision for a safer, more sustainable, and dynamic Los Angeles.

Members of the Vision Zero Los Angeles team, including Kim Porter of LACDPH and Jacqui Swartz of LADOT, presented on the cross-departmental collaboration and the use of data to drive the location prioritization process in Los Angeles.